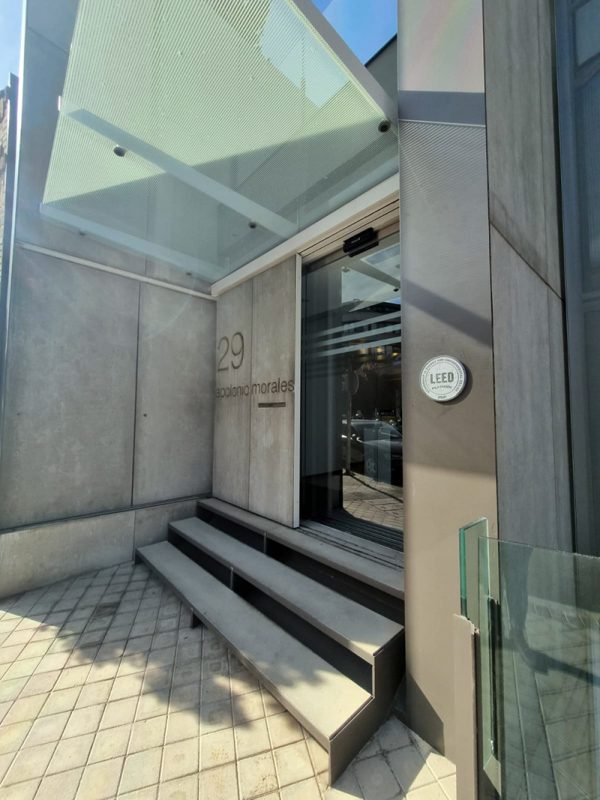 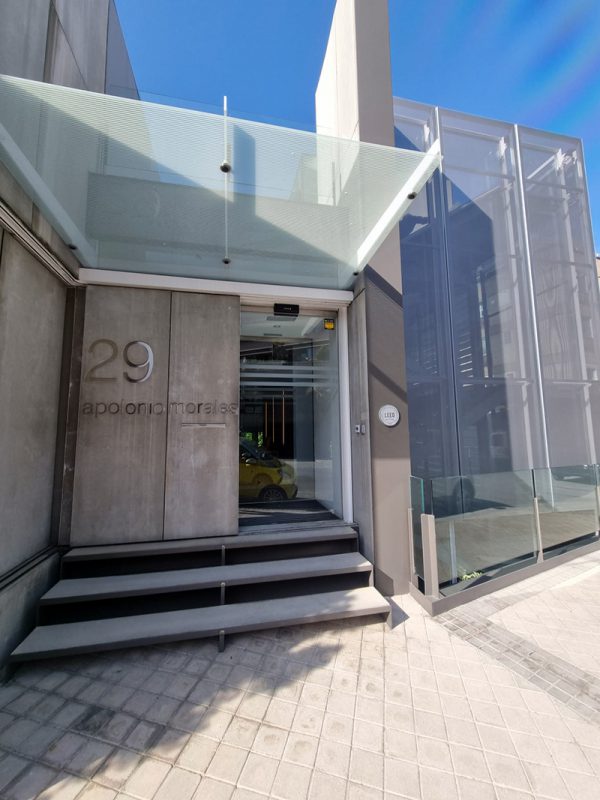 The ENERES headquarters, located at Calle Apolonio Morales 29, in Madrid has obtained the “LEED v4.1 O + M Existing Building Platinum” certification with the highest score in Spain in this type of certification and the first certification in Europe in this category .
This is a building rehabilitated between 2007 and 2009 under a Comprehensive Rehabilitation for Efficiency project carried out by the European Innovation Institute IEI; and promoted and built by its owner, the company Fernández Molina Obras y Servicios S.A. which has its headquarters, since that date, in the building.
The rehabilitation of this building was the trigger for its architects and builder to create the ENERES Sistemas Energéticos Sostenibles service brand in 2009, which since then has carried out relevant work in Spain in consulting and construction of emblematic buildings and infrastructure systems for efficiency, the dissemination of knowledge about rehabilitation for efficiency, bioclimatism, geothermal energy, geostructures and thermoactive structures, the use of energy resources recovered from underground urban infrastructures and other fields of innovation in academic forums, conferences and publications National and international.
13 years after its architectural conception for efficiency, inspired then by approaches to excellence already under way in neighboring European countries but not in Spain, the Apolonio Morales 29 building has come together with a new certification framework, the Leed for Operation and Maintenance in Existing Buildings, which today recognizes factors and benefits that were not considered in any scope of certification at that time. LEED v4.1 O + M Existing Building represents an evolution in this type of seals by requiring continuous monitoring of the total behavior of the building and its occupants in terms of emissions and its environmental impact, continuous performance and tests in aspects that include transport, energy , waste, or water.
The certification of the building was promoted in 2020 by its owner, Fernández Molina Obras y Servicios SA, and has been granted in 2021 through the consultancy of Savills Aguirre Newman and with the assistance and supervision of the Technical Manager of ENERES, the Architect Rossana Laera.

With this accreditation, the Apolonio Morales 29 building beats the records of:

If you want to see the file of Apolonio Morales’ project, click this link. 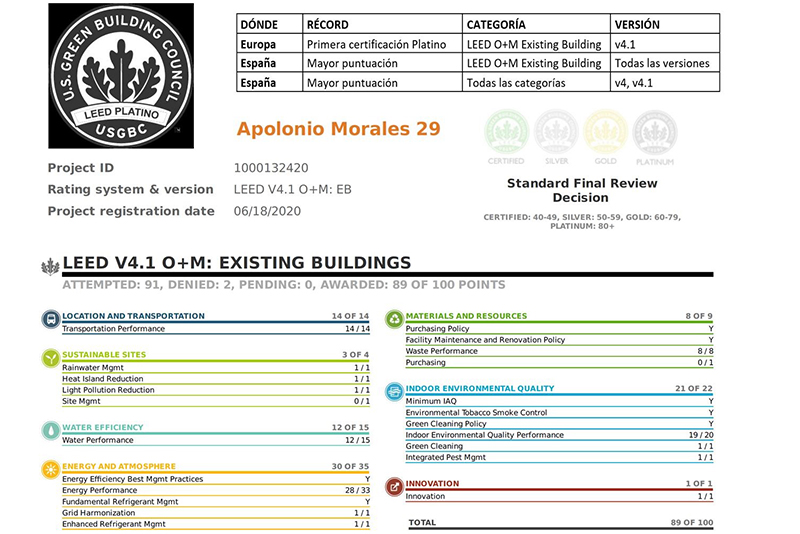